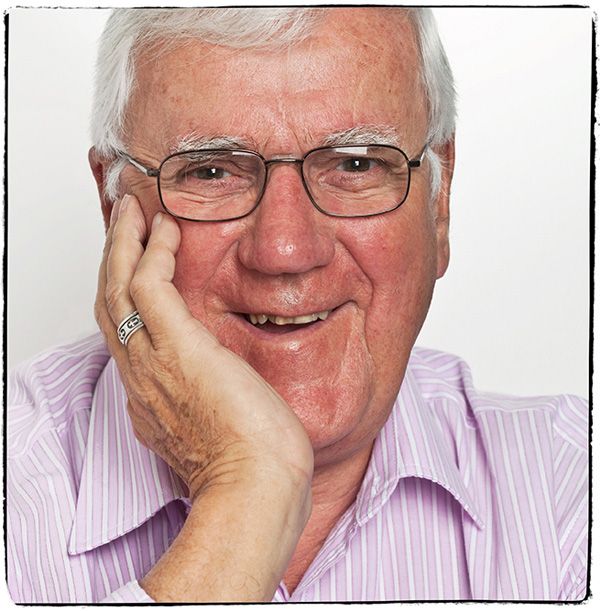 He is the Supreme Being who must be described as a “mystery”. God revealed himself in Jesus thus allowing us to experience that mystery.

Jesus told us that we could receive eternal life on earth now. This enables us to live in such a way that we try to do “Gods will on earth as it is done in Heaven”. Because we are people with a free will we can choose not to do this. When we die we move more deeply into the presence of God continuing to grow more like him. It will be up to us to decide whether being in God’s presence feels like heaven, or like hell. For example – if you have two people attending a symphony concert and one of them has studied the intricacies and subtleties of music and the other goes merely because he is expected to and has chosen to know nothing about music – one will be in heaven and the other in Hell.

What do you say to sceptics who say that Religion is the cause of war?

It is true, but religion is not the only cause of war. War, as we know it, can be related to tribalism, greed, land, money, fascism and politics. We oversimplify the causes of war. If you look deeper, you may find all the other components. It is easy to blame Religion. We must also remember that the communist Russian, Chinese and Cambodian regimes of the 20th century rejected all organized religion and belief in God. We can only conclude that there is some violent impulse so deeply rooted in human hearts that expresses itself regardless of what we sometimes say we believe.

How do you describe yourself?

I find it difficult to do this but I know myself to be a person who is sometimes afraid and struggles with self-acceptance. All I ever wanted to be really, is a rubbish bin and a chalice – in other words, I want people to be able to trust me with their rubbish in the hope that I can lead them to a deeper understanding of God.

What is your current state of mind?

Still wanting to make a difference and to do what I can to bring heaven to earth.

A state of being in which one is close to God, to oneself and to others, liberated from past hurts through forgiveness and set free from fear, because at last one knows that one is not alone. This can be experienced now.

I could have been a better father and husband. I also regret having spent too much time keeping people in the church rather than reaching those outside with the Good News. When I was very busy my children used to say to me, “Earth calling George” and sometimes I know people can talk to me, and sense that I am not present. I deeply regret this so I am working hard at trying to live in the moment.

What do you do?

I am the Executive Director of the Institute for Spirituality (Section 21 not for gain), whose overall mission is to enable people to engage their faith within the society in which we live. We produce a monthly CD and offer counselling, teaching and preaching by invitation. I also write the “By George” column for the Weekend Post. This opens many doors to people who could claim to have no faith base at all.

Trust in God as I have come to understand God, through Jesus Christ. Faith can be very challenging and/or very comforting. It is my Faith that gives me the values by which I try to live.

What are you most afraid of?

I would like to die before I lose my mind.

If you could rid the world of one thing, what would it be?

Poverty, which is a direct result of greed.

If you have one question for God, what would it be?

Why did you choose such an ordinary bloke like me to try to make a difference?

Have you always been close to God?

Faith was always present in my home, as I was growing up, but there have been times when I have been deliberately disobedient to His way and this has caused me deep pain and regret. I have had to return to Him and ask forgiveness, which I always receive. I am grateful to God for the abundance of this forgiveness.

Name a skill you would love but don’t have?

To be a handy man.

What would you do with a spare 15 minutes of your day?

I would try to be silent, to pray, or walk. I love walking.

What do you think about South Africa today?

I have great hope for South Africa. I have no doubt that a miracle of grace has brought us thus far. I am worried that there is so much selfishness and desire for personal gain around that it may deflect us from what Tutu called, “ The Rainbow Nation”. My hope lies in the fact that historically we know that good is stronger than evil

What do you think about the state of the world today?

I know that many people will say that the world is in a mess. I also know that the most unlikely people can turn around the worst situations. This is not wishful thinking. It is based on my reading of the Bible and my knowledge of history. Yes, there are many ups and downs so that sometimes we are in despair. People of faith and people of no faith have to make an incredible decision that doing the right and caring thing will land them ultimately on the winning side.