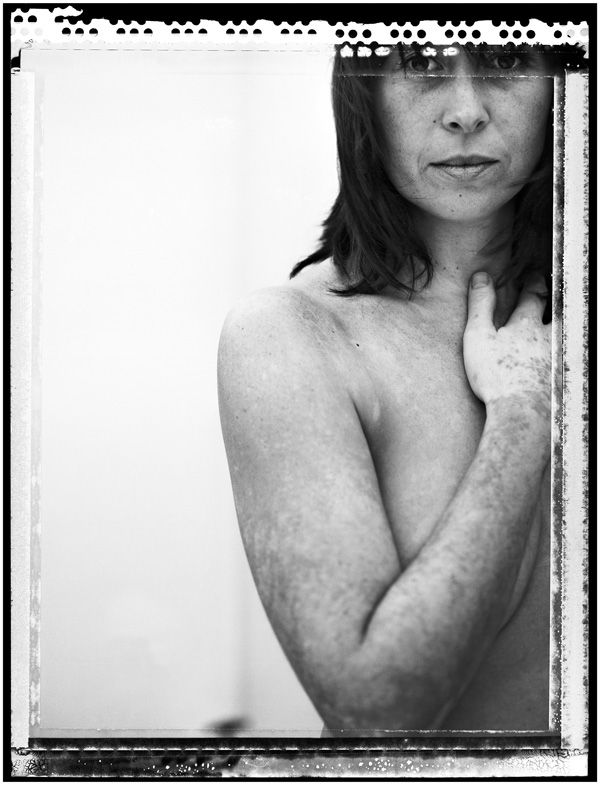 Vitiligo is a specific idiopathic (unknown cause) skin and hair depigmentation. It may be an auto-immune disease where the immune system destroys the natural pigmentation.

My vitiligo appeared on the 28th of December 1998 after an extremely traumatic experience and subsequent year.

Later, we were in Cape Town on holiday when I noticed a white mark on my right hand between my fore and middle finger knuckles. It was originally the size of a 1-cent piece.

In my wildest imagination, I could not have predicted how effectively it managed to spread.

At first, I researched everything about it. I tried vast doses of cortisone, spread on endless creams and tried relaxation exercises. They all have very limited effect. I have tried diets, and have spent hours raging against my vitiligo!

Gradually, I have accepted it. It has become a friend and reminds me that life’s lessons aren’t always easy but in retrospect they are lessons well worth learning.

I would not trade any of them.