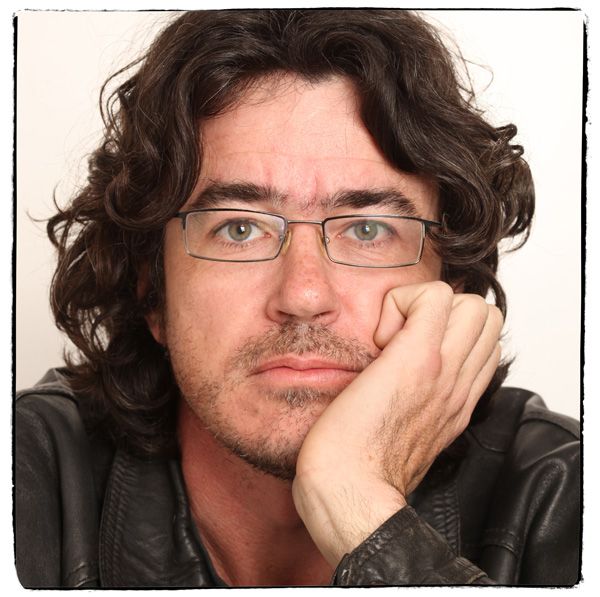 In a world unexplained, god was everything; lightning, rain, snow, life itself. Science has chipped away at God’s terrain, who seems now only to be responsible for a few things, referred to as miracles. I think that all things will be eventually be explained scientifically, in some way or another. The notion of God is often used by humans to neutralize the fear of death, our biggest fear being our own demise. People have used this to control people since forever.

It is just a system shutdown and if you allow yourself to believe that, it’s very liberating. I oscillate between the beliefs and writings of Elizabeth Kubler-Ross, who believes fully in the afterlife, and of that notion of shut down. In the end, it makes no difference. You’re dead. I sincerely hope that reincarnation does not exist as I do not what to live in this world again.

What would you do with your last 24 hours?

If I was with someone special, and whatever close friends were handy, I would sit on the beach and watch until the sun goes down. I would drink a bit, no doubt; maybe have sex one last time. And I would write one last song.

I take photographs and write songs and I use them to try and make sense of the world and my place in it. It’s a way of trying to understand the things I don’t understand.

Describe yourself in four words? Creative, multi-talented, honest, funny (and slightly fucked up, like everyone else).

Name a skill you don’t have but would love?

A means to an end: the end being to facilitate creative endeavours.

If you had a second chance, what would you do differently?

I would jettison my religious beliefs at 12 years old, rather than 27!

Describe your current state of mind?

Angry. Somewhat cynical, and very mistrustful of women (which is a new feeling for me).

What advice would you give to someone starting out in your career?

Photography: Don’t question too much initially and don’t get too bogged down with technical crap. Learn to see like a child. Music: Sing your own song. Be real. Don’t sing about living next door to Alice if you never lived next door to Alice.

I would like people to remember my photographs and my songs, and my friends to remember me as a kind, caring kind of guy.

What do you do with a spare 15 minutes?

What are you reading now?

I read close on a hundred books this last year. This is a new addiction for me. I have just read Age of Iron, by J.M.Coetzee and am currently reading Bury My Heart at Wounded Knee, by Dee Brown.

What is your greatest wish?

To pursue music as a career.

Love and mortality are recurring themes in my work. Photography the way it’s done by people like Brent Meistre and myself (ie not people-based) is a lonely thing. Music, on the other hand, is very social.

That I didn’t think I was sexy when I was younger.

Respect of the people I respect in the art and music industries.

If you could ask God a question, what would it be?

Why are the most fucked up women always the ones who feel most deserving of the perfect man?

What moves you emotionally?

Who knows for sure? It’s not a needy thing, that’s for certain. And you can’t love someone else if you don’t like yourself. Not “love” yourself, that’s not what I mean. I’m deeply suspicious of people who are in love with themselves and spend hours in front of the mirror. I find that very unbecoming, and slightly insecure. I guess if you’re with someone and you are kind and gentle and don’t focus on the faults too much, and support and encourage each other, you’ll be okay.

What do you think about South Africa?

At war with itself and its past, beautiful, cruel, crazy, fucked up, hilarious.

Ask me in ten years. Right now, there’s a bad taste in my mouth to the place.