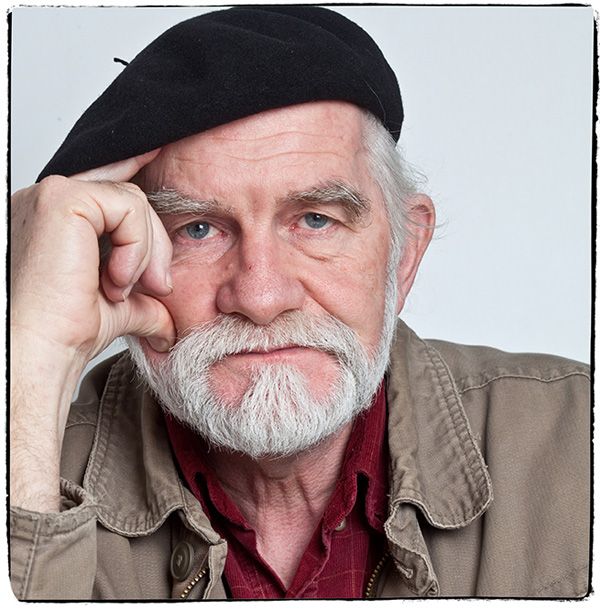 I have no idea. I don’t think anyone knows. If God exists we can only know Him in relation to our human abilities. If God wants to reveal himself to me He will do so without asking my permission. We have not solved the flu problem, yet we claim to know the creator of the Universe. It’s like buying Windows and then claiming to know Bill Gates. On a deeper level – the creation is part of the creator. Therefore, we are God. That scares people because it implies a responsibility. We like to take the easy way out and blame the guy in the clouds. What I can say with surety is this: My concept of God changes from season to season. And I strongly relate to what Van Gogh said: “To love God is to love many things”.

I have no idea. I veer towards reincarnation. We come out of the sun and we will go back to the sun in five billion years. Our molecular structure will alter but our energy is retained in the universe. We are star stuff – in a very real sense. If you don’t believe me, go ask your physics teacher.

What would you do with your last 24 hours?

Go into nature with people and animals close to me. I would spend time with my past – books, music, and photographs, places where I have been. I would probably cry, not because of sadness, but because of gratitude.

Not many. Edith Piaf sang, “I have no regrets”. It’s a nice idea but it’s impossible not to have regrets.

To have a self-sufficient ego.

If you could rid the world of one thing what would it be?

Describe yourself in four words?

Three will do - An incurable romantic.

A nice guy with a ponytail.

Describe your life in one word.

If you had one question for God, what would you ask?

Currently: That our new puppy would stop crapping on the floor. Soon to be realized – which of course makes me a lucky and content person. But if it rains tomorrow and dry leaves fall on the wet pavements – that it would last longer.

Name a skill you would love, but don’t have.

To draw really well. I love the sound of graphite on paper. I love line. And to play the violin.

What would you do with a spare 15 minutes?

Probably read physics in the crap house, or meditate on my back listening to music.

The best advice you have received, and from who?

A psychologist I once knew said: “You can never be more than what you are”. Most people propose to be more – they are veneered. You can fool others and at times yourself. But in the end, you pay by never really knowing yourself.

I teach and I question and I try not to be a dip shit. We give ourselves titles like professor and lecturer, but at the end of the day we teach. That’s it.

How old are you?

Too old. I see the world through the eyes of a thirty / forty-year-old, but when I look in the mirror a sixty-year-old stares back. A royal fuckup.

What advice would you give to a photographer starting out in your career?

Go to Europe, fall in love, drink wine, soak up the sun, feel the rain on your body, smell the dust of new and strange places – without your senses and the ability to appreciate what they offer, you are fucked.

It was a halfway stop that became home. Port Elizabeth seems to be a halfway stop for many people. It was so for Sir Rufane Donkin who founded the city. It makes for a misplaced city. I often feel misplaced here – unanchored, on route to somewhere. Maybe I will feel that way about all places. One can walk a thousand miles – but there is always a beyond.

What are the characteristics of your soul mate?

A feeling - of contentment, trust and deep soul beauty. It’s like submersing oneself in a cool ocean on a warm day. It is staring at a vast landscape after a satisfying day, as the sun sets. It is the warm winter sun on ones back on a winters morning.