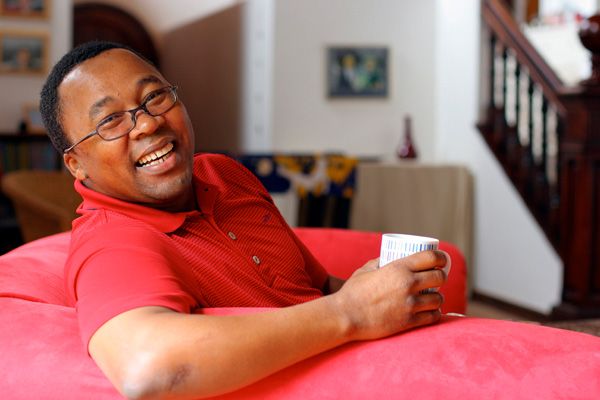 Chairman of Emfuleni Resorts, Director of I&J, Activist. Spent a total of six and a half years in detention during the 1980’s

Do you believe in fate/destiny or do yous create your own life?

My life has been the most unpredictable one. I would never have believed that I would end up where I am today given my history of oppression and hardship – so I have to believe in a bit of both.

Describe yourself as a 10 year old?

I was cheeky and different. The white farmers used to ban me from their farms (in Oysterbaai, EC) but I never listened to their rules. It got me into trouble but I have always believed that there “must always be a lead singer. I guess that was my role!

Describe your last day on earth?

Ooh, I would stop everyone from working just for the day and then get up on a platform and say every positive constructive thing I have in me so that we can preserve everything good on earth.

What is on your Gravestone?

It is simply the end.

What makes you afraid?

Disgracing my family, myself, my friends and my people.

What is your greatest dislike?

I am too conservative (!)

Khusta, a lot of people would describe you anything but conservative. You married a white woman in 80’s – that must have raised some eyebrows?

I just married the woman that I love.

Are you Jack Russell, a Boxer, or a Great Dane?

What do you love about women?

Their gentleness and the ability to bring out the softness in me.

What would you do if you had all the money in the world?

I would plough it into highlighting basic needs – and especially education. My mother could not read or write – she was uneducated.

Who are your mentors?

The revolutionaries who sacrificed themselves for freedom. Fidel Castro, Oliver Tambo, and Steve Biko.

What do you friends say about you?

That I have a big loud mouth.

What do your enemies say about you?

That I have a big loud mouth.!

Have you ever had a near death experience?

Most definitely. A few actually.
Once, in 1976 I was lying under a vehicle and a police man was shooting at me with a machine gun but he couldn’t get the gun under the car so he just continued shooting at the bottom of the car and the stones were jumping up at me. That seemed a bit too close.!
Another time, an assassin was after me and they killed my uncle by mistake thinking it was me.

What makes you sad?

People who haven’t made it through the struggle. They deserved better.

Oh, new challenges come all the time. I would love to be sailing in the Caribbean but there is always something else to do. I have always said that when I have finished doing what I want to do, I will start drinking (alcohol) but that hasn’t happened yet ! (Khusta has never had a drink in his life).

What are your top four values?

What advice would you give to a broken hearted 18 year old?

Tomorrow is always brighter – don’t let this steal your joy.

What would be doing if you weren’t doing what you are now?

I would be a priest.

What is the greatest thing your mother ever taught you?

You can never give up on something that means a lot to you.

What do you live by?

I won’t let anything stand in the way of my joy – the stumbling blocks will fall over themselves.

What does being a man mean to you?

I am first a human being, and then a man.